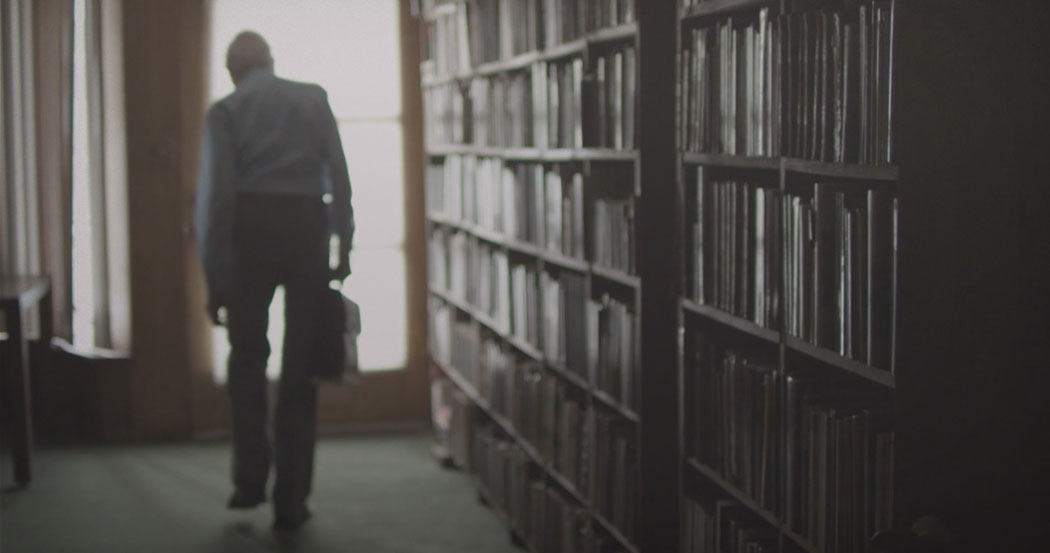 The Quest for Hope

We humans are hoping creatures; we live very largely on and in our anticipations, things we know are coming and we look forward to. If the light of hope goes out, life shrinks to mere existence, something far less than life was meant to be. This is a fact that must be faced.

If the light of hope goes out, life shrinks to mere existence, something far less than life was meant to be.

It was a Headmaster’s Conference boys’ school, one of England’s educational elite, and amid its quite brilliant galaxy of instructors the scholar who stood out was the man we called Bill (behind his back, of course), the headmaster. When I studied Greek and Latin classics at Oxford, I met up with no tutor who could hold a candle to Bill or could teach me half as much as Bill had taught me already. He was a clergyman’s son who had retreated from the faith and become a sort of Buddhist.

Decades later, chatting with one of my former pedagogues, I asked after Bill, by then retired and, as I knew, in his early nineties. The reply to my question, based on a recent visit, ran thus (I seem to recall it word for word): “He’s very low. I asked him what he was doing these days; all he would say was, ‘Waiting for the end.’” Remembering the sharp-edged, upbeat vigor of Bill’s mind in his heyday, I felt very sad for him. Buddhism, as we know, does not beget hope. So here was a long-lived man, brilliant in his day, now withering rather than blossoming as he aged. Is that the best one can hope for?

Hope At the End

“Hope springs eternal in the human breast,” declared Alexander Pope in his usual pompous way, but that is not all the story. For the first half of people’s lives, spontaneous hope does indeed spur them forward. Children hope to do this and that when they grow up; teens hope to go places and do things when they have some money; newlyweds hope for a good income, a good place to live, and good-quality children; established couples hope for the day when the children will be off their hands and they are free to cruise, tour, and see the world. But what then?

There comes a point at which the elderly and those who, as we say, are getting on realize that of all the things they wanted to do, they have done all they can, and the rest are now permanently out of reach (“life’s too short,” we say wryly).

Yet life goes on. Today, indeed, people live longer than once they did, but the common experience is that extended and extreme age brings only bleak boredom and a diminished sense of the good life as consisting merely of three meals a day, television to watch, and a bed at night. Whether, as bodily health fades and minds and memories run increasingly amok, any better, more enriching experience of old age is possible is a question that secular social theory has shown itself unable to answer.

But the Bible appears to have an answer.

What does the Bible give us that secular theory cannot match?

In a word, hope: hope understood not in the weak sense of optimistic whistling in the dark, but in the strong sense of certainty about what is coming because God himself has promised it. This hope is unique in the fields of both religion and philosophy. The philosopher Kant observed that the question, “What may I hope for?” is one of the most important questions one can ever ask, but he did not claim he could answer it.

The Bible, however, speaks directly to it, setting before those who are Christ’s a destiny that reaches beyond this world to a kaleidoscope of wonders, enrichments, and delights to which it gives the generic name “glory.” This destiny is big and exciting, and the New Testament writers show that they felt it to be so.

What is it, then, that we have to look forward to? Second Corinthians 5:1–8 sets before us in picture language that aspect of our hope which will counter, cancel, and consign to far-off memory “this light momentary affliction”—bad health, crippled limbs, bodily pains; minds, memories, relationships, personal circumstances all going downhill; insults, cruelties, and whatever else. This hope fills us with wondering joy that everything can be so good.

Paul begins his unveiling of the Christian’s personal hope by talking about the body, telling us of a better body to come. We humans are, as we all know, embodied souls— personal selves, that is, individuals who have been given bodies to live in and live through. A disembodied life, such as Plato dreamed of, in which the only pleasures are intellectual, would be a far poorer thing than the embodied lives that we are actually living now.

Yet there is a debit side. Paul is a tentmaker by trade, so from one point of view it is not surprising that he should picture the body in which we now live as a tent—a temporary residence. But Paul is a civilized first-century man, a town-dwelling church planter and pastor when he is not actually on the road, so it is not surprising either that he should picture the better body that is in store for us as a house rather than a tent—a permanent, higher-quality habitation into which God has promised that he will one day move us. Tents, when all is said and done, make very vulnerable living quarters. They leak, they get rain-sodden and drip, they let in the cold and the heat, and the earth around, if not the earth inside, becomes muddy, making surface dirt part of the camp experience.

In verses 3 and 4 we find Paul negating the idea that, having said goodbye to our body, we shall forever be and feel “naked” or “unclothed,” in a state of permanent loss. That is not what we want and not what we shall have. On the contrary, what awaits us is possession of a new “house”—a “building from God . . . not made with hands, eternal in the heavens” (5:1). We shall “put on” this house as one puts on a garment over what one is wearing already (an overcoat, for instance, for going out of doors on a cold day). Thus we shall not be “unclothed,” but “further clothed” by what God is doing to us; hereby “what is mortal” will be “swallowed up by life” (v. 4).

The metaphors are mixed and a bit blurry, but the basic meaning is clear. Whatever God’s work of putting us into our resurrection bodies may involve, and that is more than we can imagine at present, it is not going to be impoverishing but enriching. It will not feel frustrating but fulfilling. And it is already on its way.

What can we say in positive terms about the transformation, or reembodiment, that awaits us, which Paul pictures here as installation in the new house that is henceforth to be our home? Not much, it must be admitted, and the positive things are negatives really. In the ideal new house in this world, everything works perfectly and nothing malfunctions, and in our resurrection bodies it will be the same. Jesus, risen, remained recognizable, so we can be sure that when we are “further clothed,” the same will be true of us. So we shall know each other and have joy in that knowledge. 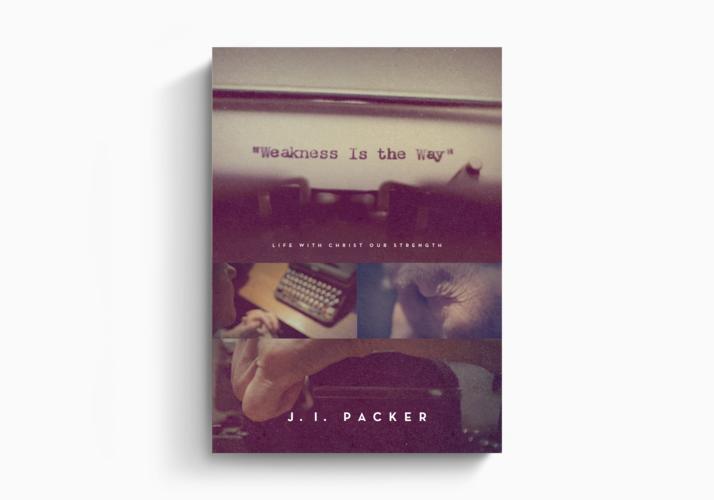 Weakness Is the Way

J. I. Packer helps Christians to embrace weakness as he shares about his own struggles in this book of meditations on 2 Corinthians. Ultimately, Packer directs us to the ultimate source of strength and power: Christ himself.

Now Paul comes to the climax of the contrast he is drawing between our ongoing life of faith in Christ in this world and our promised future life of seeing him and being forever as close to him as can be. He expresses the contrast, as we have seen, in domestic terms: “away from the body . . . at home with the Lord” (2 Cor. 5:6, 8). While still in this body—away; but when away from this body—home. Jesus himself assured his first disciples, “I go to prepare a place for you . . . I will come again and will take you to myself, that where I am you may be also” (John 14:2–3). Those disciples represented all the believers that ever would be, and Jesus’s promise is a word to each one of us.

Every day every Christian may, and surely should, renew his or her grip on the promise and the prayer, take a long look ahead, and say with Paul, “Yes, we are of good courage, and we would rather be away from the body and at home with Lord” (2 Cor. 5:8).

Look Forward, and Look to Christ

Neither I who write these words nor anyone who reads them knows as yet what it will be like, experientially, to leave this world.

But one day we shall all have to do that, and it is wonderful to know that somewhere in the process of transition out of the body into the next world, Christ himself will meet us, so that we may expect his face to be the first thing we become aware of in that new order of life into which we will have moved.

Looking forward to this is the hope that will sustain us, as evidently it sustained Paul, while we grow older and our weaknesses, limitations, and thorns in the flesh increase. “So we are always of good courage” (2 Cor. 5:6).

May it ever be so.

This article is adapted from Weakness Is the Way: Life with Christ Our Strength by J. I. Packer. Watch a series of videos in which Dr. Packer reflects on his life, ministry, and key doctrines for the church today at JIPacker.com.

J. I. Packer (1926–2020) served as the Board of Governors’ Professor of Theology at Regent College. He authored numerous books, including the classic best seller Knowing God. Packer served as general editor for the English Standard Version Bible and as theological editor for the ESV Study Bible.